Nothing New Under the Sun: On "Stealing" Ideas for Your Shopify Store

An adage of history holds that there is, "Nothing new under the sun." This proverb probably seems a bit pessimistic if you consider yourself a thought-leader or creative in the burgeoning entrepreneurial space. But this is the wrong mentality.

The controversial but creative genius Salvador Dalí put it right when he insightfully commented, "Those who do not want to imitate anything, produce nothing."

That bit of advice is even more important in the e-commerce world than it is in the world of art and fashion. That's because, in many ways, the market functions as an evolutionary ecosystem. Just as nature doesn't recreate a new organism from scratch but builds upon existing features to reinforce novel functions, the successful innovator builds on existing businesses and ideas to create new and better products and services.

Of course, everyone wants to be the genius that comes up with the unique idea that revolutionizes their industry. However, history shows us that these geniuses are few and far between, perhaps mostly mythical. Contrary to popular belief, Edison didn't invent the lightbulb. Bell didn't invent the telephone. The Wright brothers didn't invent the airplane. All of these "innovators" built on pre-existing work.

So, no, you probably won’t come up with a brand new product or service which nobody has thought of before. However, that’s not a reason for despair. You can and should use what’s working for other businesses as inspiration for your next product or online brand.

When “Stealing” is a Good Idea

Very few people in business want to acquire a reputation as a thief. But if we really look at what it would mean to steal someone else’s business model, product design, or marketing strategy, the lines begin to blur. In his article How to Safely Steal a Business Idea, Mark Henricks explores this very notion.

“Whether you call it stealing, borrowing, or adapting, working with pre-existing ideas may be as essential to entrepreneurs as closing a sale or balancing a budget,” says Henricks. “The real question is how to do it effectively. Do it wrong, and you’re a thief. Do it right, and you’re a billionaire.”

So how do you know if you’re doing it right or doing it wrong?

Most importantly, you want to stay out of any legal trouble, which is pretty easy to do: don't copy a patented product and don't breach a confidentiality agreement. Doing either is (1) a shitty thing to do and (2) could destroy you and your business. But beyond those, it is possible to utilize someone else’s ideas effectively without being a jerk.

Using other’s ideas has even been scientifically hypothesized to be one of the fundamental drivers of human progress. If you are lacking motivation or incentive to jump on the copying bandwagon, knowing that you will be contributing to the overall thriving of the human race just might be the encouragement you need. Or maybe just knowing that's how most of the visionaries in fields as disparate as the tech industries and classical music developed their masterpieces is enough.

In his book Copy, Copy, Copy: How to Do Smarter Marketing by Using Other People's Ideas, Mark Earls contends that not only is using another’s ideas a practical way to develop and improve your own but that it is fundamental.

“We use other people's brains to navigate the world,” says Earls, “to acquire skills and practices, and to access knowledge systems of long-dead strangers. We call this 'culture.'"

How to "Steal" Ideas Effectively

First, remember the reason why you’re an entrepreneur. If you’ve been successful in the past, it’s no doubt because of your ability to act. You’re not just an idea person, but someone who can take an idea and turn it into a viable product or service, an effective marketing strategy, and probably cultivate and maintain valuable relationships and partnerships.

Despite our culture’s fascination with and focus on the "next big idea," those of us in the trenches know that the development, implementation, and maintenance of these "big ideas" is the problematic part. So you're already likely skilled at the most challenging aspects of entrepreneurship, and you can use that to your benefit.

You may have already come across some great ideas and thought, “Why didn’t I come up with that? I could do that much better.”

So go out and do it much better!

But if nothing comes to mind, it’s time to do some research. You can use trend-spotting websites such as Springwise.com, CoolHunting.com, and TrendHunter.com, as mentioned in the article at the top, to prime your idea pump.

If imitation is the sincerest form of flattery, then go out there and flatter the competition. Imitating a successful business is one of the most common methods for creating an even more successful business. Murray Hunter points out in this article that, "...imitation is the key to success of the big brands like McDonald's, KFC, Starbucks, Subway, and 7-Eleven. They got the idea right once, and just duplicated it around the world…"

If you think about it, you'll realize that there haven’t been many revolutionary innovations in restaurants, food trucks, or laundromats in the last century, but you will find new and interesting ones opening daily.

Imitating an idea that has already shown success in the market can save you the time of trying to think up something original on your own, but it has many other advantages beyond this obvious one. In his article 9 Reasons Why It Pays to Imitate, Darren Dahl lists some less obvious but possibly more significant reasons that you should consider this strategy.

Without delving too deeply into economic theory regarding “first-movers” and “late-movers” into markets, you can check out his list and immediately see which competitive advantages you can employ in your own business. Summed up succinctly, the article quotes business consultant Lauri Flaquer, “...why blaze your own trail when someone else has cleared a perfectly good one for you. Watch, listen and learn and you'll be able to avoid making the costly mistakes of your predecessors."

A Few Things You Can Copy

If you’ve followed the links above, you’ve probably already got a good idea of what kinds of things are most easily, and profitably, imitated. Here’s a list to get you started with your search:

Someone else’s local business: Whether you're traveling abroad, or just surfing the internet from your couch, you will run across products and services and wonder, "why don't they provide that here?" Well, what's stopping you?

Sushi had been a Japanese street food for over 1,000 years before an American businessman tried it in the 1960s and loved it so much that he opened Kawafuku in Los Angeles, the first Sushi restaurant in the United States.

Someone else’s process: During your research, which includes all of your interactions with other businesses, you will notice processes that could be adapted to another field, possibly one with which you are familiar. Who better to adopt that adaptation?

In 1947, Red’s Giant Hamburger was the first place you could drive up and order food. Now you would be hard pressed to find any fast-food restaurant, bank, dry cleaner, and even convenience store (at least in the United States) that isn’t trying to utilize this process in their business model.

Someone else’s product: With the sheer volume of products on the market, you might encounter one that you can manufacture more cheaply or whose function you can improve. This is the perfect opportunity to capitalize on the art of imitation.

Xerox created the first computer mouse that was incorporated on a commercial computer. However, they were unable to capitalize on their invention, but they had allowed someone else to see what they had developed back in the early days of the personal computer. His name was Steve Jobs.

Someone else’s business model: Sometimes you already have a product and process already refined, but your marketing or sales model is holding you back. Stay aware of innovative business models that have found unique routes around common obstacles.

When the first Xerox copy machines were introduced, sales were sluggish because customers often had a difficult time justifying the cost of an expensive machine that did the same thing as carbon paper, which only cost pennies. The parent company behind Xerox decided to lease the machines very cheaply and charge on a per copy basis, imitating the way customers were used to buying carbon paper. Both sales and profits increased dramatically.

We understand this topic is controversial, but we are absolutely not advocating that you actually steal another person’s ideas, products, or business model. At least not completely. What we are saying is that it is inevitable that every work under the sun will be seen, built upon, and adapted into the products and services of the future.

By now, it should be evident that incorporating another person's or business's ideas as your own is not only ethical and effective but downright necessary for the innovation and evolution of products and ideas. Imitate your way to the top, and soon you'll be the one that everybody is copying. 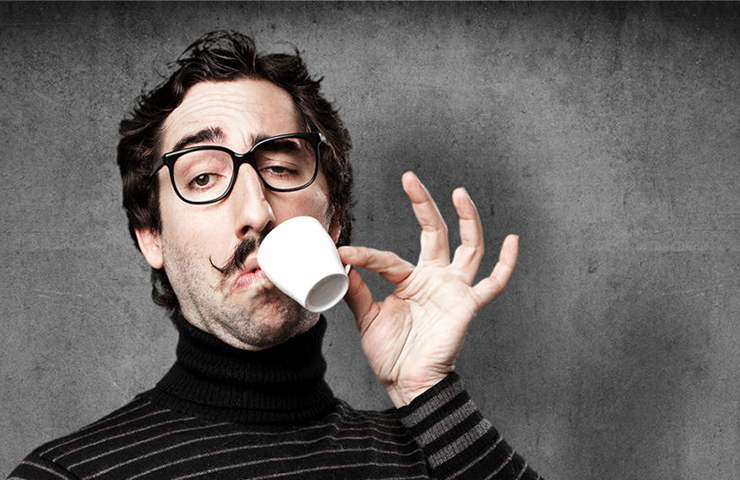 Good customers and bad customers; it’s likely you’ve had both. But letting your ego get in the way is a net negative, 100% of the time. 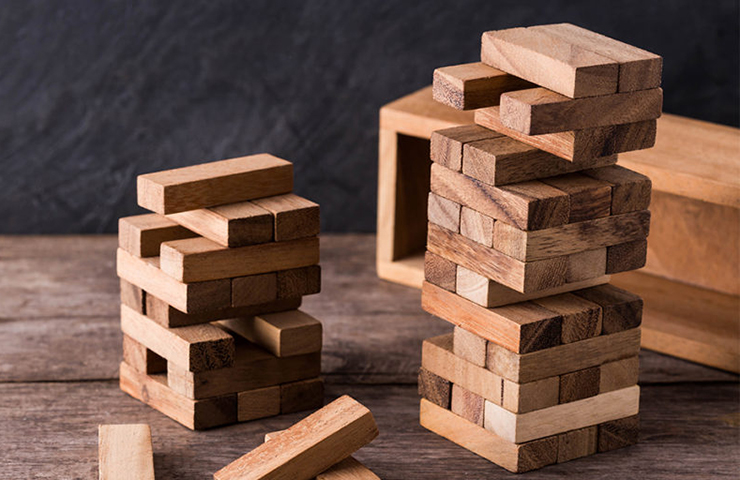 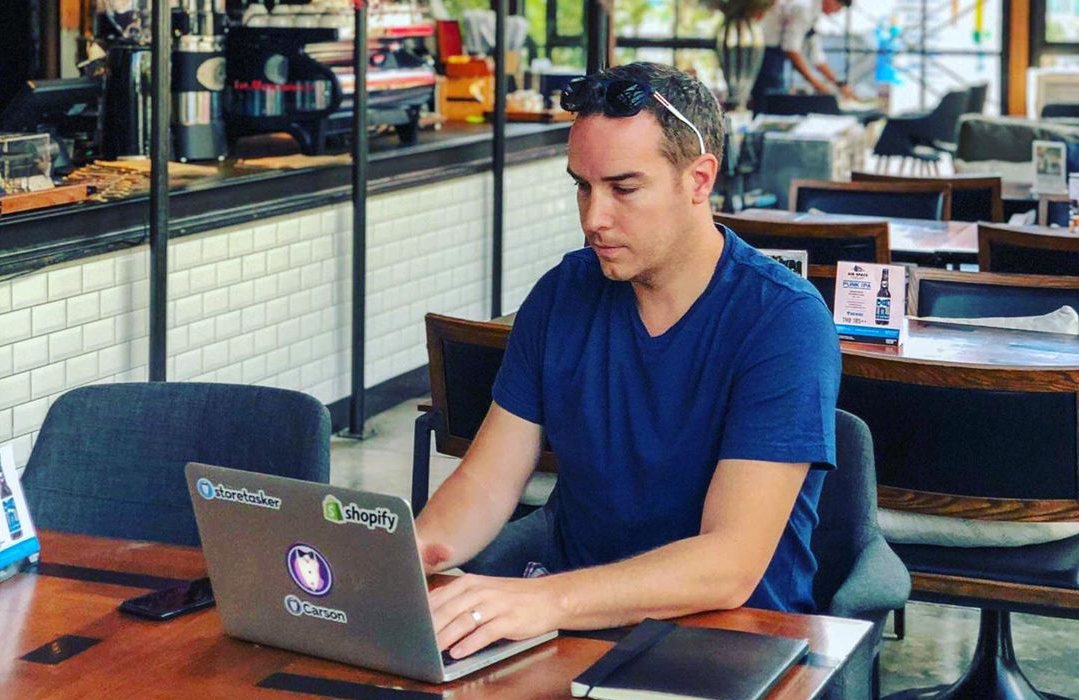 We’re back with Jonathan from HeyCarson and Storetasker to learn his advice for Shopify Entrepreneurs, and it’s all about value propositions and delegating your weaknesses.
See All Posts