Why You Should DOUBLE Your Prices for Black Friday

It goes without saying that the vast majority of online retailers, for physical or digital goods, use Black Friday discounts to move tons of product. And the common advice would have you do the same. However, I’d like to offer a potentially foolish, albeit possibly brilliant, alternative. I’d like to suggest you double your prices for Black Friday and Cyber Monday.

The common strategy is always the wrong strategy.

Most ecommerce businesses are obsessed with discounts and deals on Black Friday. They often offer up to 50% discounts on some items, perhaps even more. They include free gifts with purchases over a certain amount. They fill their Twitter and Facebook feeds with offers. They run ads to attract discount buyers. They plaster the web with meaningless noise.

And there’s little more which we hate in 2018 than noise. Consumers are people after all. And people tune out faster than you can do zero to sixty in Tesla’s “Ludicrous” mode.

Therefore, we can see that when everybody is doing something it has a lot less value. To the veteran ecommerce operator this likely isn’t surprising. And yet, people are still doing the same thing, year after year.

While I understand that there are “best practices” in every industry, and that I’m somewhat of an outsider in this one for now, I have to point opportunities out when and where I see them. My 8+ years in online marketing, two of which have been in SaaS, have taught me at least one thing.

Things that are common get ignored. The common strategy is always the wrong strategy, at least when it comes to marketing.

Stand Opposite of the Crowd

What happens when you do the opposite of everybody else?

Well, one thing happens for sure: you get noticed.

When everybody else is doing something, and you do the opposite, you create attention out of thin air. It’s like magic.

So in this case, if everybody is doing discounts during the biggest shopping weekend of the year, set yourself apart by doing the opposite. Instead of creating discounts, raise your prices.

No, this tactic likely won’t result in more sales. Pricing elasticity of demand shows us that when nothing but the price goes up, demand goes down.

In case you don’t know, “price elasticity of demand (PED) is a measure used in economics to show the responsiveness, or elasticity, of the quantity demanded of a good or service to a change in its price when nothing but the price changes. In general, the demand for a good is said to be inelastic (or relatively inelastic) when changes in price have a relatively small effect on the quantity of the good demanded.” This is basic economics.

So sales will likely go down.

However, there are two interesting things to consider at this time of year with this particular tactic. First, demand isn’t elastic during the holidays, and second, there’s a massive PR opportunity to be had by raising your prices this weekend.

Black Friday largely kicks off the holiday shopping season. As various end-of-year holidays get nearer and nearer, shoppers have an increased incentive to buy. The closer the dates get, the more inflated this incentive becomes, especially for high-demand items that are unique or limited in quantity.

Which means that demand isn’t entirely elastic. Or rather, price isn’t the only factor in demand.

In fact, if you want to keep pace with demand, you would actually need to raise your price during Black Friday, or even the entire holiday season. Doing so not only keeps demand in check, preventing overselling and a depleted inventory, but you can actually make more money.

Imagine that you’re selling handmade stationery accessories (think about fancy pen cups and iPhone charging stands made of reclaimed oak) with a unique and savvy design. Let’s also imagine that you’re the manufacturer or owner of the product, which I know is often not the case, but let’s assume it anyway.

You could discount your product to attract more buyers this year. However, if they are buying your goods for 30%, 50%, or up to 75% off, you’re obviously taking a hit on your margin.

If, instead, you raise your prices by 30%, 50%, or even 100%, you may turn off some buyers. However, for those that know and love your brand, and who simply need to buy your product for their neat-freak business partner, colleague, or significant other this holiday season, there’s no other option but to buy. Which means your loyal customers will pay more and you’ll make more money. Plus you can justify the price increase due to limited supply and increased demand during the season.

So long as you don’t overdo it, you can raise prices to meet demand, and generate more profit.

Not only should you raise your prices on Black Friday for the aforementioned reasons, you should also brag about it.

Take a queue from this article and write a post or record a video called, “Why we DOUBLED our prices on Black Friday.” If you’re a relatively well-known brand, there’s serious PR value in this tactic.

In a world where everybody is shouting about their holiday offers, you could create an interesting new narrative for sophisticated shoppers this season. Instead of pandering to the discount shoppers of the world, you can go after the people for whom price is no object.

I’m imagining your article going viral. I see you featured on Buzzfeed. It’s all happening, you’re a total ecommerce superstar!

But fantasies aside, I can imagine you repeating this narrative in other marketing efforts throughout the year. You could always do the opposite of the competition, because you’re better than the competition. That’s a powerful story to tell. In fact, it’s what Apple does.

Apple doesn’t make the best computers or smartphones anymore. Perhaps they never did. But what’s become more and more clear with every iPhone release is that they aren’t trying to be the best. They are merely trying to be the “it” item, the popular one. They want to be the thing you brag about to your friends because you bought the new version.

What’s more, we’ve all watched Apple raise prices significantly in the last few years, and yet people continue to buy anyway. At least for Mac fans, the demand for the new iPhone, iPad, or MacBook Pro is inelastic.

When you create a narrative like I’ve described above, you not only attract more sophisticated consumers, you also turn away the bad ones.

I’ve rarely had a good experience with a discount buyer. In most cases, people who shop around for discounts tend to be the most difficult customers to please. They’re stubborn, they find problems with everything, and they eat up expensive support time. In all honesty, this stubbornness is part of what makes them good at finding and getting discounts. My hat’s off to them.

However, you don’t want discount buyers. You don’t need that kind of stress. If you’re making and selling an amazing product, you deserve better.

And of course, Black Friday discounts are the gateway to discount-buyer hell. Depending on the type of product you’re selling, your average customer lifecycle could be long. But even if it’s not, you’re inviting a whole host of hate with aggressive Black Friday offers.

This isn’t for everybody.

Of course, if you’re dropshipping the same products as a thousand other shops or retailing name-brand goods, this tactic might not be for you.

That’s because you need to have significant control over pricing, product supply in the market, and a decent brand reputation to pull this tactic off to its fullest potential.

As commodity seller, you could still take advantage of the PR bit, but likely at a significant loss of revenue. If you’re a big shop and have money to burn, it could certainly generate some interesting attention. But beware if this is you, as doing so might come off a bit gimmicky to the market, the press, and your customers.

Overall, this tactic will work best if you’re like the type of shop in the example from the last section. If you’re unique, one-of-a-kind, and in-demand, you have a real opportunity here. And if you’re not one of these things, maybe next year you can be. 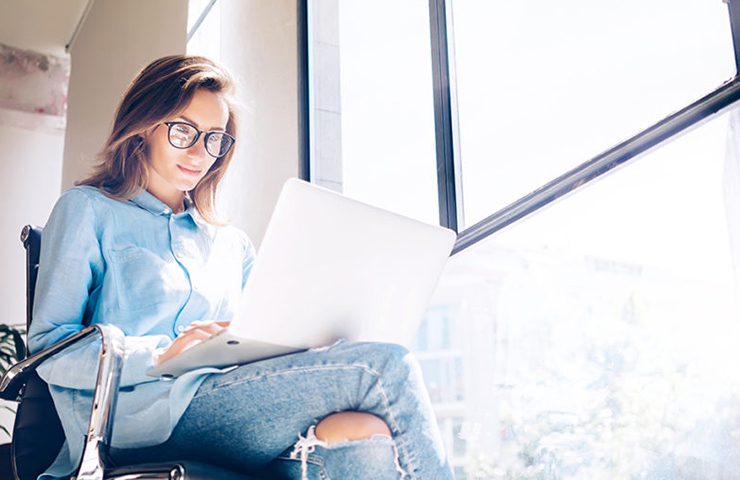 Check out these practical content ideas to build a huge audience for your online store. 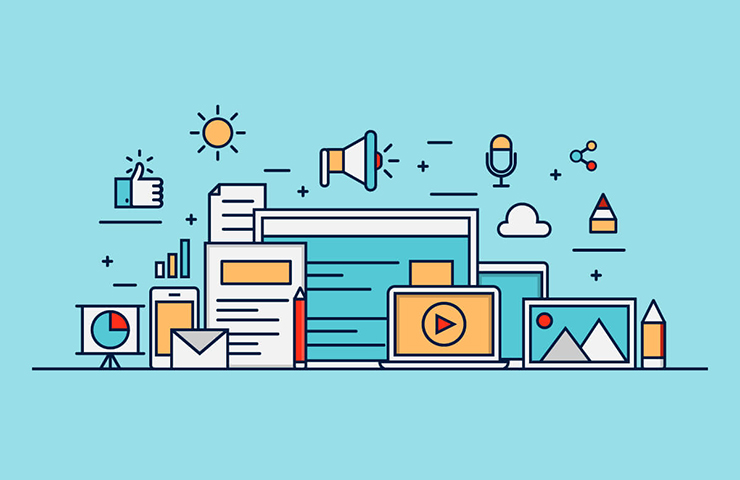 This is Part 1 in a six-part series on content marketing for online stores, ecommerce brands, and Shopify stores. 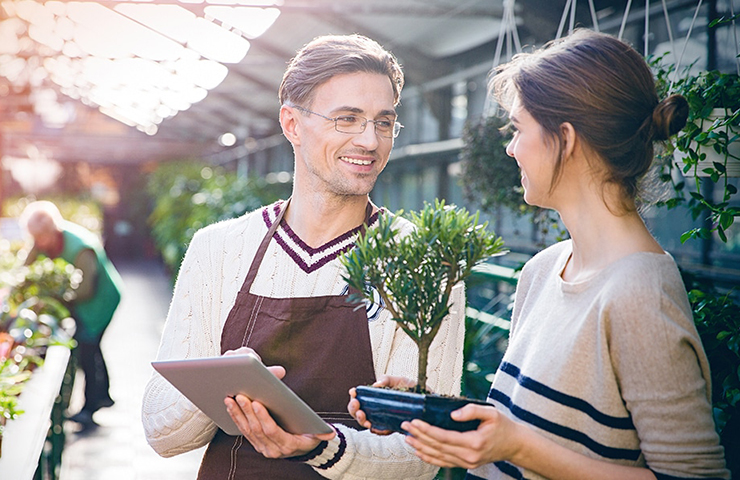 How to Delight Online Customers with "Face to Face" Sales Tactics

Face to face marketing is still giving online selling a run for its money.
See All Posts